Part fat-burner and part performance supplement, L-carnitine has a long history and plenty of fans. Look at the science and decide if it's right for you!

When taken correctly, L-carnitine can boost both your training and your physique. In the gym, it can mean more endurance and bigger pumps. In the mirror, picture more muscle and less fat. And despite what you may have read, it's safe.

Don't fear L-carnitine. Learn about how it works and how to use it, and it can be a great tool to have in your arsenal. 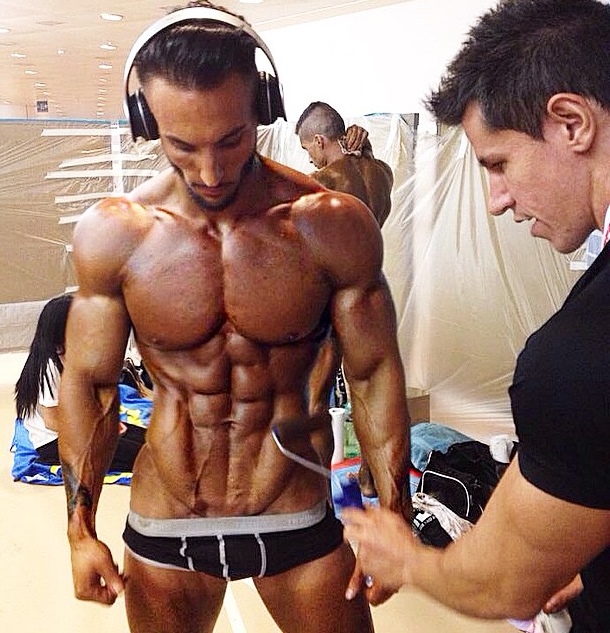 While it is often categorized as an amino acid, L-carnitine isn't technically an amino. It is considered a "vitamin-like" and "amino-acid-like" compound that is related to the B vitamins. When it was first studied back in the 1950s, L-carnitine was referred to as vitamin BT.

L-carnitine is formed in the liver and kidneys from the amino acids lysine and methionine. However, it is stored elsewhere in the body, primarily in muscle (including the heart), the brain, and even in sperm. In the diet, it mainly comes from meat and other animal products. You can get some from plant products like avocado and soybeans, but as a rule, meat is the best source—and the redder the better.

Acetyl L-carnitine, also known as acetylcarnitine or ALCAR, is another popular supplemental form of L-carnitine. It can be found throughout the central nervous system, where it plays a role in producing energy and produces the important neurotransmitter acetylcholine.

The acetyl group attached to the carnitine molecule enhances its ability to pass across the blood-brain barrier and enter the brain, where it acts as a powerful antioxidant. For this reason, some research suggests that acetyl-L-carnitine may provide protective actions against aging processes and neurodegeneration. 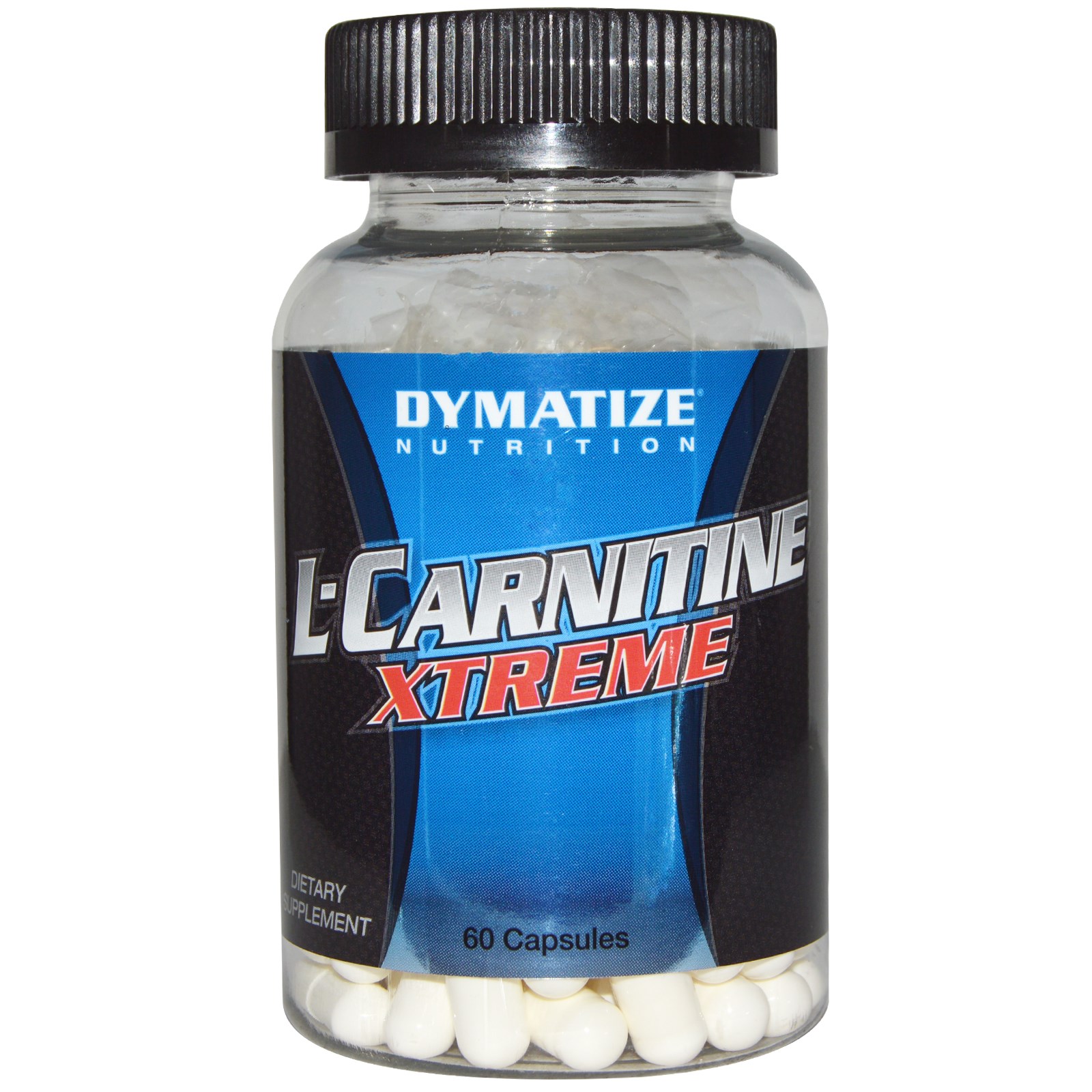 L-carnitine helps to transport fat, particularly long-chain fatty acids, into the mitochondria of cells. Once there, they can be oxidized—used as fuel—to generate adenosine triphosphate, or ATP. L-carnitine does this cellular work both when you exercise and rest, but research confirms that it is especially effective during intense exercise.

Without adequate L-carnitine, most dietary fats can't get into the mitochondria and be burned for fuel. But for people with L-carnitine deficiency, it is a serious medical condition. It can lead to muscle weakness, stunted growth, an enlarged liver, and a number of other problems. This is one reason why L-carnitine is considered a "conditionally essential" nutrient: Your body produces it, but if it doesn't produce enough, your health can be seriously impacted.

A study out of Scotland concluded that in addition to its fat-transporting work, L-carnitine also enhances insulin's actions on muscle cells. What this means is that L-carnitine can help keep blood glucose levels low, even after a carb-rich meal, while also aiding glycogen repletion. This is one reason I advocate taking L-carnitine with a post-workout meal.

Some of the most interesting research into L-carnitine supplementation focuses on how it can enhance athletic performance.

WHAT ARE THE PERFORMANCE AND PHYSIQUE APPLICATIONS OF L-CARNITINE?

L-carnitine's bona fide role as a fat-burning supplement is well-established. During bulking periods, it can help limit fat gains and make a "cleaner" bulk. If you're cutting, it can help transport the fat you have into your cellular furnaces to get burned as energy.

Burning fat as fuel: Some of the most interesting recent research into L-carnitine supplementation focuses on how it can enhance athletic performance. In one study, University of Nottingham Medical School researchers had one group of athletes consume 2 grams of L-carnitine along with 80 grams of a high-glycemic carb first thing in the morning and four hours later for 24 weeks. Another group only took the carbs.

The researchers found that during low-intensity cycling, the subjects taking L-carnitine burned 55 percent less muscle glycogen while increasing the body's ability to burn fat by 55 percent. During high-intensity cycling, the subjects taking L-carnitine had lower levels of lactic acid and higher levels of creatine phosphate, one of the primary building blocks of ATP.

Fatigue resistance: When the Nottingham researchers measured the subjects' ability to resist fatigue during a cycling test, they found that subjects taking L-carnitine were able to go more than 25 percent longer. This was likely because they burned more fat while preserving muscle glycogen, in addition to having lower levels of lactic acid and higher levels of creatine phosphate.

Eating carbs without getting fat: The UK researchers also found that despite having an extra 640 calories of fast-digesting carbs in their daily diet, the subjects taking L-carnitine gained no additional body fat. The group taking the carbs without L-carnitine, on the other hand, gained more than 5 pounds of body fat.

Decreased Muscle Soreness, Improved Recovery: In a number of studies on human subjects, L-Carnitine doses of just 1-2g per day have been shown to significantly reduce muscle damage from strenuous exercise, and improved recovery to exercise. L-carnitine has also been shown to decrease muscle soreness. The best part? It wasn't rats doing these workouts. It was healthy, active men and women.

Better blood flow and pumps: L-carnitine's performance benefits not only stem from its ability to increase fat burning and decrease glycogen use, but also from the way it can enhance blood flow to the muscles. Increased blood flow means more nutrients and hormones go where they're needed most during exercise.

How does this work? For one, L-carnitine reduces oxidative damage in the body's nitric oxide (NO). But it also enhances the activity of a key enzyme involved in your body's NO production. The net result is higher NO blood levels, which not only enhance energy during workouts, but also muscle recovery following workouts.

Increased testosterone: What could be better than more NO? How about more testosterone? University of Connecticut researchers found that L-carnitine increases the amount of testosterone receptors, known as androgen receptors, inside muscle cells. And in particular, they found that it helped boost the hormonal response to exercise.

The more of these receptors you have in your cells, the more testosterone can bind to them and stimulate muscle growth and strength gains.

Increased growth factors: Research in animals shows that L-carnitine supplementation facilitates the action of insulin-like growth factor-I, a critical instigator of muscle growth, by boosting levels of one of its binding proteins. 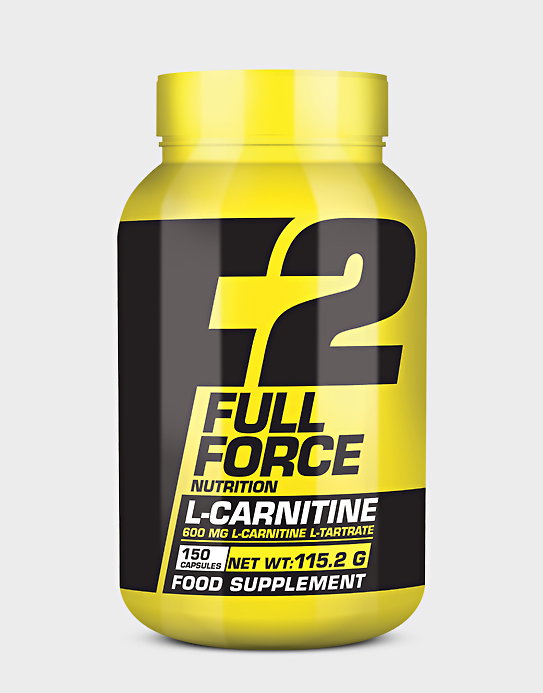 ARE THERE SIDE EFFECTS TO L-CARNITINE SUPPLEMENTATION?

There are few negative side effects from L-carnitine supplementation at reasonable doses. It can cause nausea, abdominal cramps, vomiting, and diarrhea when taken in high doses. Rare side effects can include muscle weakness in uremic patients and seizures in people with seizure disorders.

Heart health: One study of just 10 subjects postulated that L-carnitine supplementation may increase the risk of atherosclerosis. However, the study design has been met with plenty of criticism from the scientific community—myself included. Medical experts have also pointed to the numerous studies, of far more than just 10 subjects, that actually show a reduction in the risk of cardiovascular disease with L-carnitine supplementation.

Sexual health: There's a positive unexpected side effect you might experience with L-carnitine supplementation, but it's not one you'd notice in the gym. One study from Italian researchers reported that L-carnitine was actually more effective than testosterone therapy for treating male erectile dysfunction. This could be because it boosts NO levels, helping you get more blood flow down there. There is also research suggesting that supplementing with L-carnitine enhances male fertility by enhancing sperm mobility.

HOW SHOULD I STACK L-CARNITINE?

Quite simply, the most important thing you take with Carnitine is carbs. Some early studies showed no benefit of L-carnitine because they failed to adequately raise muscle L-carnitine levels. This was because the supplement wasn't taken at the right time, when insulin would be spiked and muscle uptake would be adequate.

While as little as 1 gram of L-carnitine can be effective, your best bet is to take 2-3 grams per dose for maximum benefit, along with at least 30-40 grams of carbs and 20-40 grams of protein, preferably with a meal. This applies if you take straight-up L-carnitine, L-carnitine L-tartrate, or propionyl-L-carnitine.

Acetyl-L-carnitine, however, is more easily taken up by the intestines and the muscle cells, not to mention the brain, in the absence of food. Therefore, this form of L-carnitine may be stacked with other ingredients that enhance fat-burning, such as caffeine and green tea, and taken between meals.

SHOULD I CYCLE L-CARNITINE?

At this time, it appears that there is no need to cycle carnitine. Taken regularly, it should continue to be effective long-term.

WHERE CAN I GET L-CARNITINE IN MALAYSIA?

You can purchase if from https://proteinlab.com.my/collections/carnitine online. You can also buy Carnitine from from any Proteinlab Malaysia outside.You can find PLAB Malaysia outlet in the link here.

WHEN SHOULD I TAKE L-CARNITINE?

One of the best times to take L-carnitine is post-workout, but you can take it with any other high-carb, high-protein meal throughout the day. If you want to stack L-carnitine with other fat-burning ingredients between meals, consider using the acetyl-L-carnitine form.

One strategy I found to work well for both fat loss and performance is to take 2-3 doses of acetyl-L-carnitine with other fat-burning ingredients without food between meals, and to take 1 dose of L-carnitine or L-carnitine L-tartrate with a post-workout meal.

You can take it with any other high-carb, high-protein meal throughout the day.